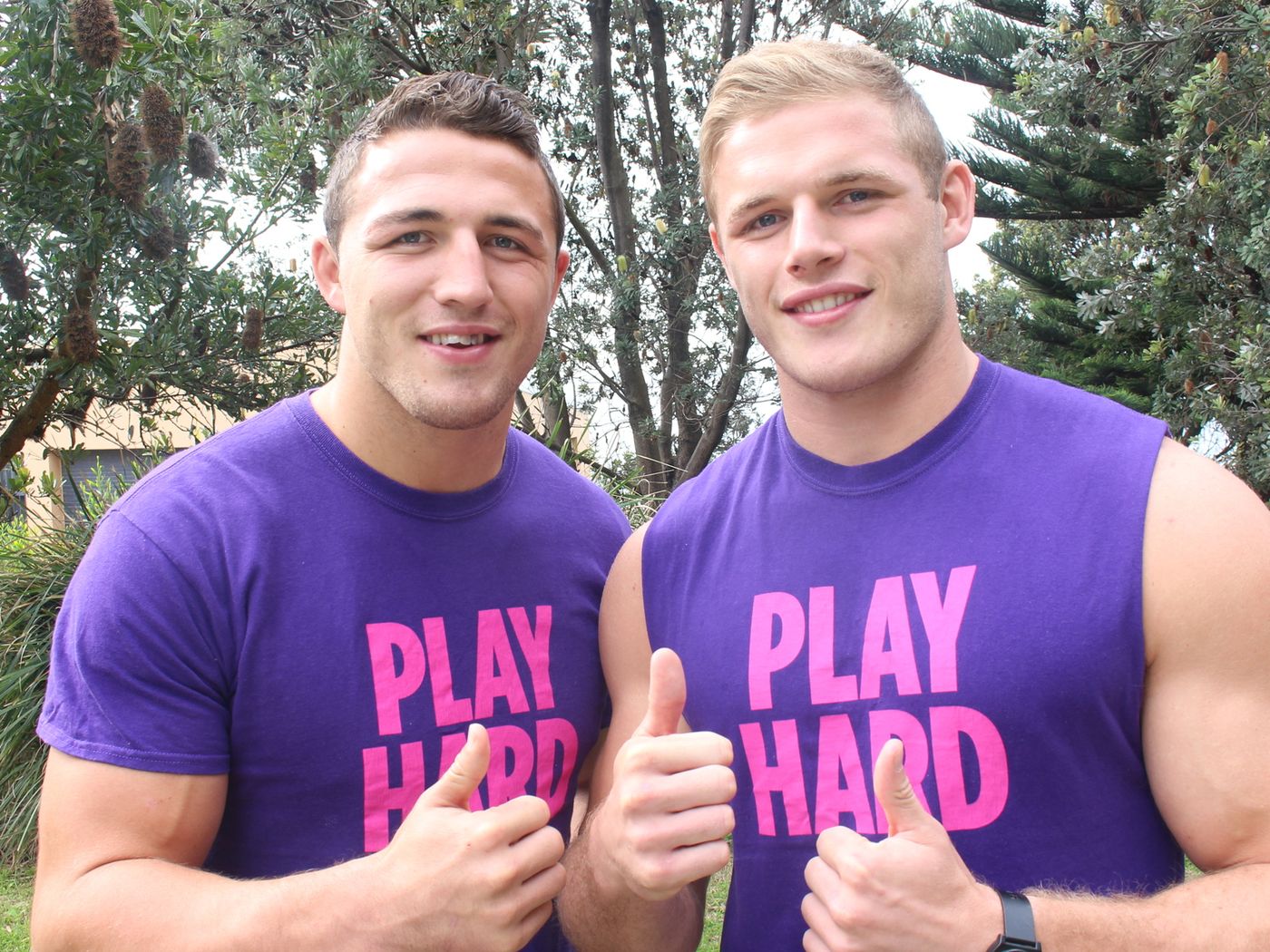 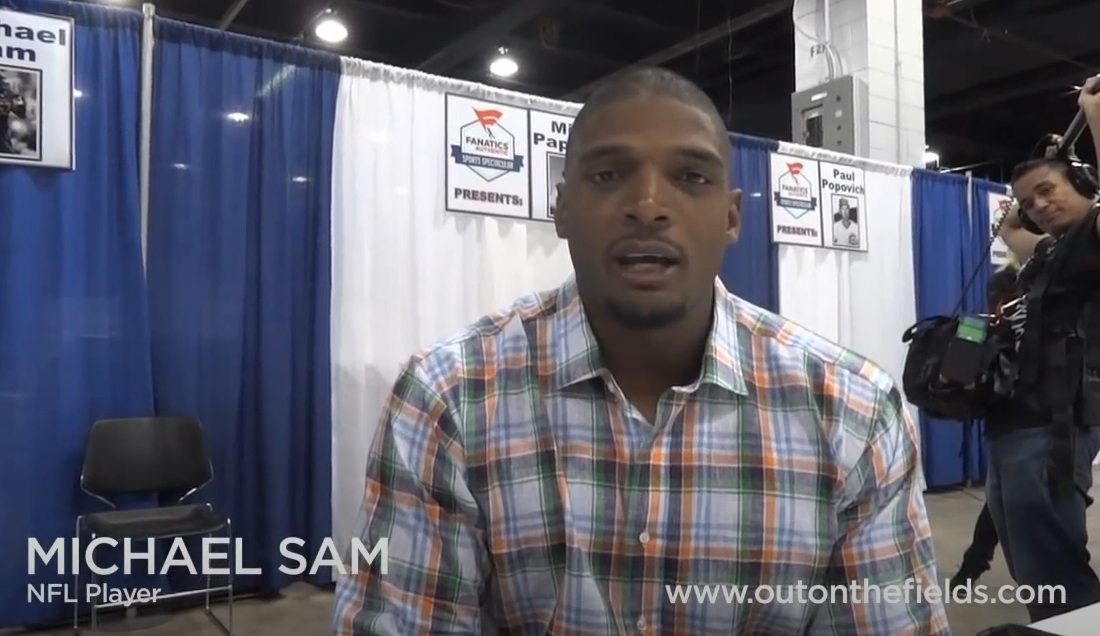 Methodology of the Research

This information provides both academic researchers and members of the general public with information about the study design and approach. For additional detail please email: info@outonthefields.com

Data for the study was collected through a 10-15 minute online survey open in 2014 and 2015. The data was then analysed by the researchers.

At the start of the survey, participants were told the study’s objective was to learn more about the experiences of LGB people in sporting environments.

Participants were strongly encouraged to participate and ‘share their stories:’

Those participants who agreed to participate were given the option of completing the survey either anonymously or they could provide contact information and/or submit their personal stories. We explained to participants that these stories would help the researchers with the analysis of the final results.

At the start and end of the survey, contact information for a variety of support organisations that work with the LGBT community was provided.

Does the study measure perception or experience?

The study questions were designed to collect data both on perceptions of sporting culture as well as personal, lived experiences. The study’s final report provides this experience data (eg. LGB athletes who stay closeted, participate in sport and experience discrimination) and perception data (eg. safety, acceptance).

The study questionnaire design and structure underwent a series of revisions and changes prior to recruitment. These revisions and changes were guided and informed by Nielsen (formerly Repurcom), the panel of experts as well as study partners (eg. Gay Games, Australian Sports Commission).

For the benefit of future researchers studying this topic, we have provided the creation and revision process below.

The survey had an introduction that explained the study was looking to learn more about the experiences of LGB people in sporting environments and better understand the issue of homophobia in sport. Participants were encouraged to participate regardless of whether they had experienced any issues, whether they played sport and we also said we wanted participants from all sexualities and genders.

The questionnaire comprised of six sections. Sections 2 and 3 were only open to LGB participants.

Participants were also given the option to submit their personal stories to help the researchers better understand the issue and their answers. These were used in an anonymous way to provide context to the quantitative data.

The researchers used multiple strategies/methods to recruit participants between May and October 1, 2014. The most effective of these are detailed below. The variety of methods used were critical to attracting a diverse sample of participants with a wide range of genders, sexualities, ages and participants with and without involvement in sport.

Why did the study focus on Canada, Australia, Ireland, United States, New Zealand and the United Kingdom?

There were many reasons for this, including practical such as a lack of resources to translate and promote the study in multiple languages.

However, another key consideration was the fact these countries generally have similar cultures. This means when comparing results from the different countries there is less of a need to account for differences in religion, legal status of LGB people etc. Given this focus on the English speaking countries, recruitment efforts were focused on these countries.

The primary recruitment messaging used in all communication for all methods and tactics was “Share Your Story” with the tagline or use of the description “Participate in the First International Study on Homophobia in Sports.”

1. Players, supporters and administrators of gay and inclusive rugby teams around the world were asked to participate

– This was a major initial focus of recruitment as it was seen by all involved as a method of reducing the influence and effect of participant ‘self selection.’ There are 44 gay and inclusive rugby teams in the English speaking countries and most have strong networks, community respect and public followings
– The study managers leveraged their connection with International Gay Rugby and the Sydney 2014 Bingham Cup (world cup of gay rugby) to maximise recruitment through this channel
– In many cases entire rugby clubs reported taking the survey together after practice. Players were also asked to share the link with their friends, family and colleagues on social media or by email
– During the Bingham Cup in Sydney in 2014, study volunteers carried IPads and went to the players tents between games and asked them to fill out the survey. Business cards with the website address were also distributed and announcements were made at the event

3. The study was promoted by LGBT sporting and community organisations, such as the Gay Games, localised sporting federations (such as Pride Sports UK, Team Sydney, Out Sport Toronto) and organisations such as Sydney Gay and Lesbian Mardi Gras and UK’s Stonewall

– These organisations asked supporters, staff and others to take the survey
– When the Gay Games was held in Cleveland, the study was promoted at the Federation of Gay Games booth with IPads, announcements to participants and small business cards

– Facebook advertising in the form of ‘promoting’ news stories and posts by professional athletes was primarily used to recruit women and gay and bisexual participants in smaller countries, with less active LGBT communities, gay and inclusive rugby teams and and less support from professional sporting organisations (primarily Ireland and New Zealand).
– The ads were targeted to everyone who identified as gay, lesbian or bisexual (not just those interested in sport) and to people of all ages
– An example of a media story that was ‘promoted’ on Facebook is:
http://www.theage.com.au/afl/afl-news/homophobia-survey-a-sporting-first-20140605-39mrt.html

5. Media coverage about the study in mainstream and LGBT press

– The media covered the novel nature of the study, being the first of its kind as well as the videos recorded by and social media activity from high profile athletes
– It’s hard to measure how many participants were recruited through each channel, however, of interest to future researchers, the study managers were surprised that this method was less successful and effective then they believed, at the beginning, it would be

Balance and Bias of Sample

The expert panel, Nielsen (formerly Repucom) and the Australian Sports Commission believe the wide variety of methods used to recruit participants would have significantly mitigated any effect on the final data that can occur from self-selection. Indeed, UK researchers have subsequently replicated the findings around prevalence of homophobic behaviour in sport. These researchers further mitigated self-selection bias through the use of a randomised participant panel provided by a research company.

Having said this, this study may have attracted participants sympathetic to the issue being studied, or alternatively and equally, participants who are openly hostile to efforts to make sport/society more inclusive.

It is important to note that social media posts by major sporting organisations expressing support for inclusion of LGBT people often attract many hostile, openly anti-gay and negative comments (sometimes more than positive comments). This was true for the posts, encouraging participation in the study, by organisations such as Australian Rugby Union and Cricket Australia. It is unclear if the people who wrote negative comments also participated in the study.

Equally, promotion of the study by LGBTI sporting organisations and media, might have attracted people sympathetic to the issue of ending discrimination and homophobia in sport.

Certainly participants in the study had a wide range of positive and negative experiences and perceptions. This is illustrated through the sharp differences in participant responses. For example lesbians were much more likely to report positive overall experiences than gay men, but these female participants still chose to invest their time to share these positive experiences with the researchers.

Also of significance, the demographic attributes of study participant sample suggest the sample was quite diverse in age, gender, sexuality as well as economic and education status. There were also robust samples of both youth participants and adults.

Without question, however, the study did seem to attract a more sport oriented participant group, specifically team sport, as shown by higher overall LGB sport participation rates found by this study compared to some others in the past.

END_OF_DOCUMENT_TOKEN_TO_BE_REPLACED

Why Israel Folau’s comments are harmful

Major clothing brands pay athletes and sports billions of dollars because they know that...

END_OF_DOCUMENT_TOKEN_TO_BE_REPLACED

Studies conducted on three continents and in different sports find most male athletes have also...

END_OF_DOCUMENT_TOKEN_TO_BE_REPLACED

Most female rugby players in the UK and Canada say people automatically assume they are lesbians...

END_OF_DOCUMENT_TOKEN_TO_BE_REPLACED 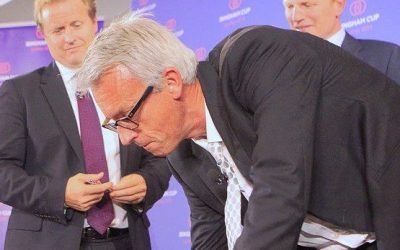