Ground-breaking data by public health researchers at the University of British Columbia has found gay and bisexual boys play team sports at half the rates of their heterosexual peers. Similar disparities in sport participation and physical activity rates have also been found by American and British large-scale population studies with high school students.

Politicians who conducted the recent UK Parliamentary Inquiry into homophobia in sport found the discrimination that gay and bisexual boys experience and the continued use of homophobic banter and language in youth sport was deterring many from participation.

We have serious concerns over the effects of low participation among LGB youth on their mental and physical health and well-being and we note that, in the long-term, it is very likely that a number of sports have been robbed of talent by the fact that promising young players have not felt accepted or supported in the sport they play. It appears that young players and athletes sometimes feel that they have to make the active choice between either coming out or continuing to participate in their chosen sport. As a result, players and athletes either drop out of sport together or, as has been the case with some professional sportspeople, they wait until after retirement to come out.

American public health researchers who reviewed all research conducted on this issue arrived at a similar conclusion and described the impacts of discrimination on gay and bisexual boys as a “critical public health issue.”

There is ample data to suggest the prejudicial nature (of sport environments) can serve as a deterrent for athletic participation for gay males, in particular, as this population appears to be targeted harshly.

Most female rugby players in the UK and Canada say people automatically assume they are lesbians for playing the sport.

The stigma and discrimination that girls and women experience when they play sports such as rugby, cricket, or ice hockey has been extensively documented in hundreds of studies by researchers over the last half-century (see timeline). Recent research suggest little has changed.

Researchers from Australia’s Monash University conducted surveys and interviews with female athletes from a variety of sports in Australia and rugby union players in the UK and Canada. Nearly all (91%) of the rugby players said most people assume they are lesbians for playing the sport. The British research was conducted in partnership with the Harlequins rugby club in response to players continuing to report stigma and discrimination.

A recent BBC documentary highlights how this stigma is particularly challenging for women and girls from non-Anglo backgrounds in developing countries. However, researchers have also found this to be the case in western countries for girls with cultural backgrounds that have outdated norms related to gender.

Recent research on the approach that sports in Australia have taken to address stigma highlighted the work of Cricket Australia as a useful case study for other sport governing bodies. This included commissioning researchers to conduct a detailed mixed method investigation. Though the comments from one female cricket player to the researchers highlights the complexity of addressing these issues:

I’d suggest if Cricket Victoria are keen to increase participation in LGBT community into cricket, I think is has to be seen as a fundamental culture shift in how you deal with the way community cricket clubs are run, the way in which you treat juniors, the way in which Milo Cricket separates women and puts them in pink clothes at the age of six. Good work if you actually have a proper gender identity at six, that’s pretty impressive, let alone having Cricket Victoria tell you which colour clothes to wear. I don’t think it’s something you could do as a tokenistic approach (Female, Player). 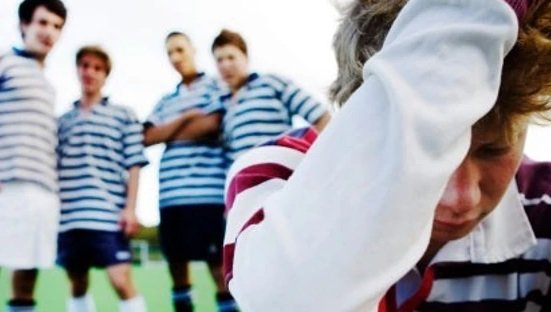